It is hard to believe that, between years 1870 and 1996, when the last school was closed, more than 150,000 Indian, Inuit, Męetis children attended Indian Residential schools. How many of them died, we still must wait for an answer.

This is another Holocaust, Canadian Holocaust. Such a tragic ending to se many children, aged 4 too 16th. We came to Canada in 1982. As a family of four, plus one more on the way (our third child), Canada was our dream come thru. Now, I can't comprehend that in such a civilized country, Residential School were still existing! And during the same time, my children were going to school safe and free, and the choice of school was our, not someone else.

This little piece I painted maybe a couple, maybe more years ago. During that time I had in mind "Highway of Tears", Hyway 16, between Prince George and Prince Rupert, British Columbia, which has been the location of many missing and murdered Indigenous women.

I called it "After a long day" because it depicted a tired, indigenous woman keeping her head hopelessly down in sorrow, sadness, pain, or mourning.

These days I find its significance far more compelling. 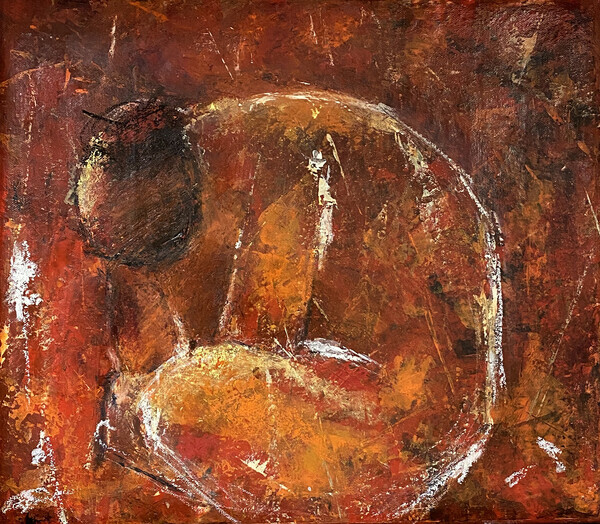